Agile HF in the Defence Environment 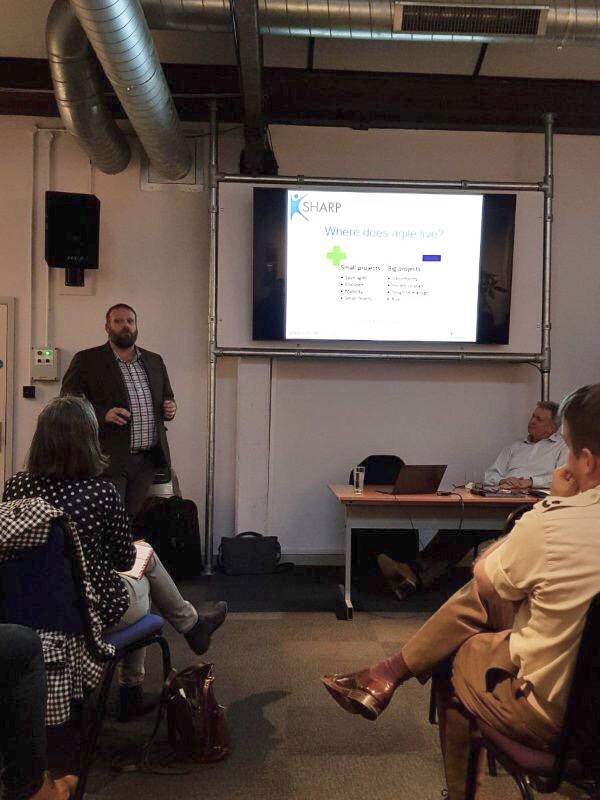 Our Managing Director, Barry, was invited to talk at a CIEHF event that was co-sponsored by Box UK which had a main theme of the alignment and cooperation between Human Factors and UX.  Steve Barraclough, the Chief Executive of the CIEHF led the event and Barry specifically spoke on the use of Agile methodology in Human Factors as well as the nuances of behaviour and culture and how that impacts upon projects and programmes.

The majority of the projects were focused on the General Dynamics program to replace Bowman, a new system called Morpheus.  It showed how a Scrum methodology is being employed and had presentations from each different aspect of the team (HF, UX, Usability testing) and also an honest review and reflection from the end user in the project.

Barry brought out his experiences of using agile techniques on a wide range of projects, small and large, and both applied and research.  He highlighted the considerations that have to be made when working with military personnel, including the shrinking nature of the military, the calls upon their time as well as the cultural aspects of how the military work.  He also shared some of his "tool kit" when working with agile including his standard Scrum boards, requirements elicitation and team forming templates and his thoughts on the use of Kanban.

At the end of the event Barry commented "this was a really great learning event where we had the opportunity to share experiences and drawing together expertise from across a number of HF domains.  The separate identification of HF and UX was a novel angle, especially coming from a Defence viewpoint where these are traditionally combined under the single HF banner, to specifically look at the attributes and characteristics of each was an interesting exercise.  Overall it is an event that I hope can be repeated in the future as it has a lot of value."

We thank Box UK for inviting us to be part of the event, and in particular, Bill Fiske for putting in the hours to organise and coordinate it.

CIEHF Human Factors
Got an enquiry?
If so we'd love to hear from you! Get in touch today...
Contact Us